The Wisconsin Scholastic Chess Federation functions through the efforts of many teachers, parents, school administrators, parent-teacher organizations as well as the students themselves. If you have specific questions, concerns, or ideas for ways we can improve how we bring chess to our youth, we would love to hear from you. Please contact any of the directors below: 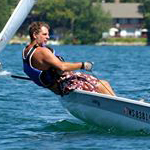 Charles Windsor owns Windsor Industries, Inc. located in Kiel, WI. He founded the company in 1983 in a barn with his life savings of $8,500. Windsor Industries manufactures portable piers, stages, and duck hunting blinds. Charles helped grow Elkhart Lake Area Chamber of Commerce from five members to eighty during the 1980’s and 1990’s serving as Treasurer for ten years. As General Manager of Milwaukee Chamber Theatre in the mid 1980’s Charles erased a deficit and generated a significant profit in two years. Currently Charles is a Member of Sheboygan Transit Commission.

Charles graduated Princeton University with an A.B. degree in Psychology and UW – Milwaukee with an M.S. in Business, Accounting. As a youth Charles played in many USCF tournaments and understands the benefits that chess style thinking provides throughout ones life. 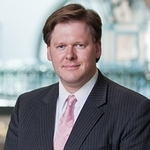 Adam J. Tutaj is an attorney and shareholder at Meissner Tierney Fisher & Nichols S.C. in Milwaukee. Adam concentrates his practice in the areas of business, tax and health law. Since joining the firm in 1999, he has developed his practice as “general counsel” to clients in a wide range of industries, including: manufacturing, physician group practices, real estate developers, and large 501(c)(3) medical specialty organizations having national and international scope.

Adam is a frequent speaker and author on the issues of tax law, health law and business transactions, and is a regular contributor to CCH’s Journal of Passthrough Entities. He has been awarded a Martindale-Hubbell® Peer Review Rating™ of AV Preeminent. He has also been named a Top-Rated Lawyer in Healthcare Law by American Lawyer Media and Martindale-Hubbell, and has also been recognized in the 20th Edition of The Best Lawyers in America for Tax Law. 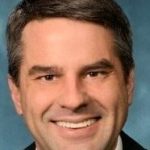 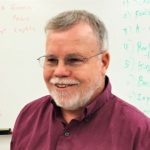 Bob Patterson-Sumwalt is Executive Director of WSCF and has served in that capacity since June of 2011. Prior to that, he served as President having founded WSCF in 2004 under the name of MASCA (Milwaukee Area Scholastic Chess Federation). As Executive Director, he reports to the Board of Directors, organizes and schedules tournaments, teaches chess camp and classes, hires tournament directors and chess teachers as well as publishing the WSCF newsletter. Before starting WSCF, he taught math in Denver Public Schools and at Bonner Springs High School in Kansas where he led the chess club to two 5a state championships. He began his career as a vocational agriculture teacher at Laconia High School in Rosendale, WI.

He earned his Bachelor of Science from University of Wisconsin-Madison in 1980 and a Masters in Education from Cardinal Stritch College in 1989, becoming certified to teach mathematics and computer science. In 2008 he took classes at UW-Milwaukee and became certified in alternative education. He lives in Mequon with his wife Susan and son Parker. Susan is the Senior Pastor at First United Methodist in Kenosha . Son’s Nelson and Marshall live in Denver and Milwaukee.